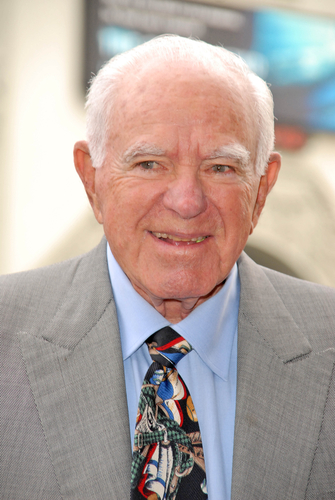 Judge Joseph Wapner, the California judge who achieved TV fame as the judge on The People’s Court, has died at age 97.

Wapner presided in the television courtroom from 1981 to 1993, report the Associated Press, the Washington Post and the New York Times. Before his star turn, Wapner was a Los Angeles judge in the municipal and superior courts for more than 20 years.

Wapner’s son David Wapner told AP his father was on home hospice care and had died in his sleep.

The Times described Wapner as “occasionally irascible” and “highly watchable,” while AP referred to his “affable, no-nonsense approach.” Producers for his show found disputes by checking small claims files for cases. The litigants signed binding arbitration agreements before appearing, and the show funded the awards.

A 1989 study by the National Center for State Courts had deemed the TV show largely responsible for nearly doubling the number of caseloads in small claims courts. That same year, a Washington Post poll found that 54 percent of Americans could identify Wapner as the judge of The People’s Court, while two-thirds of those surveyed could not name any of the nine justices on the U.S. Supreme Court.

Wapner was a World War II veteran who received the Purple Heart and the Bronze Star. He received his law degree from the University of Southern California and worked in private practice before he was appointed to a judgeship.