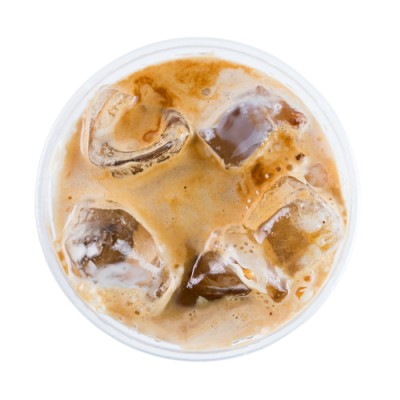 A federal magistrate judge in Oakland, California, has sanctioned a lawyer $250 for flinging iced coffee toward opposing counsel during a deposition, and then downplaying her responsibility for the incident.

U.S. Magistrate Judge Donna Ryu imposed the sanction on lawyer Valeria Calafiore Healy in a Jan. 27 order (PDF), the Recorder (sub. req.) and Ars Technica report. The money is intended to compensate the opposing lawyer, Thomas Wallerstein, for damages caused when the coffee splattered on his clothing and belongings.

The coffee flinging occurred after Wallerstein twice told Healy to “be quiet,” the second time after she warned Wallerstein never to repeat the phrase, according to a portion of the deposition transcript highlighted in Ryu’s order.

Healy told her witness she was going to call the court and they should “just go,” spurring Wallerstein to advise against it because the witness was under court orders to appear. “I think you should take five and think about it,” Wallerstein told the witness.

“No, I think you should take a f—— break!” Healy replied.

At that point, according to Wallerstein and the court reporter, the coffee was flung. Healy maintained she merely slammed the coffee on the table, causing a coffee spill. Healy’s lawyer later clarified that Healy “did not maintain control of the cup. It bounced across the table after she slammed it down.”

Ryu said Healy had “refused to accept responsibility for her shocking behavior” and her conduct was in bad faith.

“Had Healy kept her temper in check, this never would have happened,” Ryu wrote. “Had she apologized for her behavior as soon as she uttered the curse words and lost control of the coffee, she might not be facing a sanctions motion. Healy’s actions were shocking and inappropriate, but her response in the wake of those actions is in many ways much worse.”

Healy put the blame on Wallerstein for provoking her, issued a “sort of” apology, and portrayed Wallerstein’s claim as exaggerated and blown out of proportion, Ryu said.

Ryu acknowledged that Wallerstein’s snipes were inappropriate. “If he were the lone provocateur, this might well be a different story,” she wrote. “However, there is ample evidence in the record that Wallerstein and Healy bait each other, and their exchanges are often fractious and frayed.”

“As a national figure recently exhorted,” Ryu wrote in a footnote, “ ‘When they go low, we go high.’ Both counsel could benefit from taking such advice to heart.”

Though Ryu fined Healy $250, she declined make her pay the costs of the deposition, to revoke her pro hac vice status, or to refer her to a court ethics committee. Ryu, who is overseeing discovery, said additional sanctions may be warranted for Healy’s “pattern of behavior,” but she is deferring to the federal judge overseeing the case. The judge has issued an order to show cause as he considers whether to toss the case because of Healy’s conduct.

Healy did not respond to requests for comment by the Recorder and Ars Technica.