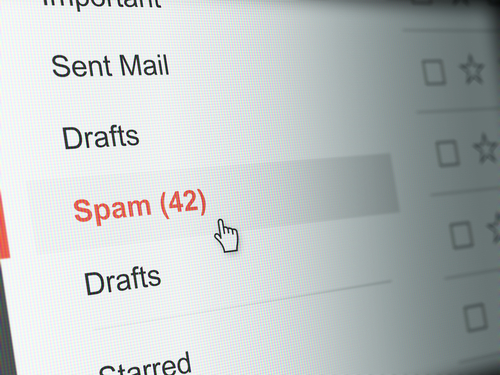 A Wisconsin lawyer has informed a federal court that he and his client missed a June 6 deposition because the email notice went to the lawyer’s junk email folder.

Stan Davis of the Madison-based Davis Group argues that dismissal of his client’s suit against the University of Wisconsin is too draconian a remedy, the GazetteXtra reports. Davis says that when he became aware of the problem he offered to reschedule the deposition within the week left for discovery, but a lawyer for the state said she would not be available.

Davis represents former wrestling coach Timothy Fader, who contends the university’s Whitewater campus forced his ouster because he told police about a sexual assault before informing the university.

In a June 28 brief (PDF), Davis argues It would have been reasonable for the university to make a follow-up phone call to make sure he had received the deposition notice when state lawyers received no response from him. Nor did he receive a phone call on the day of the deposition, Davis says.

“It seems that anyone who actually thought that the other party was going to be attending a deposition would call or reach out in some way once no one appeared after 15 minutes, 30 minutes or at some point to see if the other party was delayed or if they intended to appear at all,” he wrote.

“It is almost as though the defendants knew, or at least suspected, that the plaintiff had not received the notice.”

Davis worked with the plaintiff’s counsel to send the disclosures in smaller batches on March 4, and hearing nothing further, he assumed that hey been received, he said.

The university’s motion to dismiss says those initial disclosures were never received. The motion (PDF) and a declaration by an assistant state attorney general say the university sent the deposition notice by regular mail on May 23, as well as by email.