Elaine Penrose is a partner at Hogan Lovells. 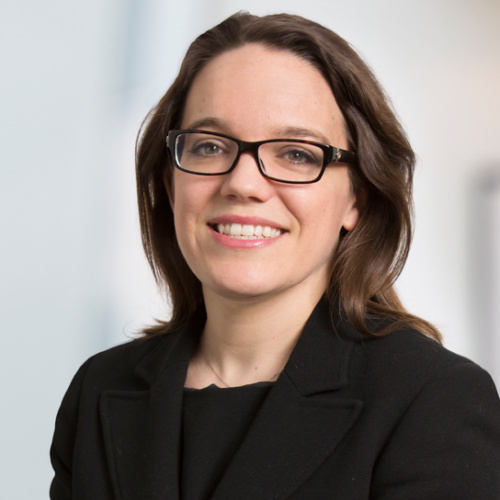 I joined Hogan Lovells (or Lovell White Durrant as it then was) as a trainee solicitor in 2000 and have been a partner in the financial services litigation team since 2012.

When I joined the firm, most of my fellow trainees knew that I was a lesbian because I had a girlfriend at law school. But other people in the firm wouldn’t have known. It felt a bit like an outing event each time I engaged in small talk about my weekend – I would have to decide whether to use a gender neutral pronoun to refer to my girlfriend and only use she or her if it became impossible not to lie – or just come straight out with it and brace myself for a reaction.

In truth, my concern about coming out to colleagues was unfounded as people were universally positive and accepting – but I do remember it being a residual source of stress and quite exhausting at the time.

In 2009, I got engaged. That was a turning point, because at that point my sexuality became common knowledge. When people see a rock on your finger it rather invites questions about your personal life like, “so who’s the lucky guy?” which cannot be evaded by a neutral pronoun! And I didn’t want to have to correct people all the time which was awkward and usually caused embarrassment on their part.

So I sent my entire department an invitation to my engagement party with a picture of my fiancée and me on it! I recall a couple of PAs and one partner coming into my office and saying, “Goodness me, Elaine, I had no idea!” In hindsight it was a bit of a watershed moment for me, just being out there and not having to correct people or explain myself anymore.

It was when I made partner in 2012 that I became more involved in the firm’s LGBT network. I had not had any senior lesbian role models during my career and I realised that being visibly out wasn’t just about me feeling comfortable about being myself, it was about letting others know that they could be themselves at work and that it was positively encouraged rather than simply tolerated.

I truly believe that the more time we can focus on doing a good job rather than worrying about editing ourselves or our conversations, the more happy and successful we will be in all aspects of our careers.

We had twin girls in 2014, Ava and Olivia, so for me, being anything other than honest about myself and my family would be letting them down. Like all parents, I want my children to grow up self-confident and comfortable in their own skin – so the least I can do is practice what I preach. I never shy away from a conversation about them or my family – like any other proud parent I guess!

I’ve now been at the firm for 17 years and as time has gone by I’m seeing trainees coming through who are much more prepared to be open about who they are right from the start. I believe that this is in no small part due to the visibility and activity of the Pride Network and our Pride+ ally programme and the huge support it gets from senior management.

One day these networks will no longer be needed, but right now they are a vital component in ensuring that those in the LGBTQI community feel able to be themselves and that equality and inclusion are kept firmly on the radar.

The post My Pride Story: I’ve been at my firm 17 years – trainees are much more open now appeared first on The Lawyer | Legal News and Jobs | Advancing the business of law.