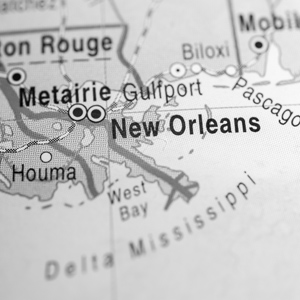 Three police brutality cases that stemmed from incidents shortly before and after Hurricane Katrina settled for $13.3 million on Monday.

Plaintiffs include the family of Raymond Robair, 48, a handyman who was beaten to death by police in New Orleans’ Treme neighborhood, the New York Times reports. That attack occurred shortly before the storm.

Another set of plaintiffs were related to Henry Glover, who was shot and killed by a new police officer on September 2, 2005, a few days after the storm. A passerby drove Glover to a makeshift police post, where officers allegedly detained and beat the driver, as well as Glover’s family members. Then, according to the New York Times, officers burned the car with Glover’s body inside.

“There were angels among us that we never knew,” said Mitch Landrieu, New Orleans’ Democratic mayor. “But evidently, there were some demons as well.”

Landrieu also offered an apology on behalf of New Orleans, and spoke about improvements in its police department, thanks to significant federal oversight. According to Landrieu, some plaintiffs have offered their forgiveness.

Lance Madison says he’s working on that. His brother Ronald, who had a developmental disability, was shot in the back by police on Sept. 4, 2005, while the two walked across the Danziger Bridge. Madison was arrested and the scene and charged with attempted murder. A police detective brought a gun from his home, and entered it as evidence against Madison, the Times Picayune reports.

“I guess the only thing that ends is we don’t go back to court anymore,” Madison told the New York Times about the settlement. “It may be closure for them, but it will probably never be closure for me.”