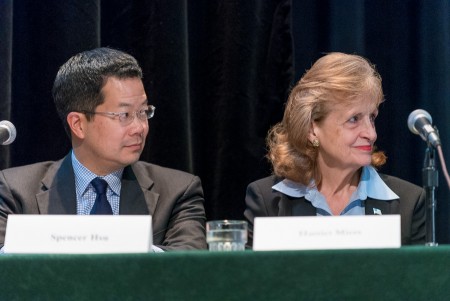 Notwithstanding the swiftness of several early, high-level presidential appointments in the Trump administration, the process for nominating, vetting and confirming political appointees has become more partisan, politicized and brutal in recent years. And there is no sign it will lighten up.

That’s the takeaway from comments by five panelists with significant experience in Congress, the White House, the federal bench and news reporting at the ABA Midyear Meeting in Miami on Friday at the Hyatt Regency hotel. The program was titled “The Presidential Nomination Process and the Steps to Confirmation—A View from Different Perspectives” (PDF) and sponsored by the ABA Judicial Division.

The discussion focused largely on judicial nominations. Presenter Russell Wheeler, a visiting fellow at the Brookings Institution and former deputy director at the Federal Judicial Center, also noted at the outset that the telling indicator is the significant increase in how long it takes from vacancy to confirmation, if confirmed.

Wheeler listed several statistics, including one about seats on courts of appeal: From nomination to confirmation, it took one-and-a-half months during the Reagan administration and more than six months in the Obama administration.

Over the past 16 years or so, the blue-slip process has become a “weaponized, more tactical and strategic tool,” Wheeler said. With the blue-slip process, nominations do not move forward unless both senators from the nominee’s home state give their OK. More and more, they simply hold the blue slips without a thumbs-up or thumbs-down, in effect killing the nomination. 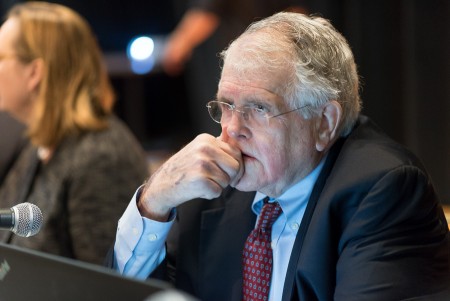 The blue-slip process isn’t likely to go away, several panelists say, because senators want to preserve the patronage privilege it provides them.

Some of the panelists remarked on the increasing coarseness and severity of the vetting process once the names of nominees are made public. Harriet Miers worked as White House counsel, deputy chief of staff and staff secretary in the Bush administration, and she was a Supreme Court nominee in 2005. She pulled out of that last opportunity after a very heated and public debate regarding her nomination.

Miers said that when she worked in the Bush administration on nominations of others for the bench, plenty of well-qualified candidates didn’t want to take a chance on the nastiness of the process, mentioning one woman who didn’t want her teenage daughters to endure that.

“We, as a nation, need to be concerned if we are discouraging good people from being considered for the judgeships because of what happens in the process,” Miers said. “It has been, in many instances, so brutal.”

On the question of whether the news media deliberately tilts coverage one way or the other for certain candidates, Washington Post reporter Spencer S. Hsu said he thinks reporters want scoops more than anything else. Complaints tend to be about the so-called liberal media, but Hsu mentioned the Monica Lewinsky fiasco: “Ask the Clinton administration if they thought the media gave them an easy time.”