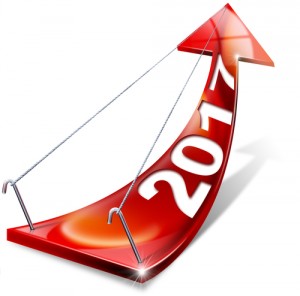 Law firm leaders are optimistic about increased demand for their legal services this year, a switch from a more lackluster attitude prevalent in recent years.

That is one of the findings of a survey of 150 law firm leaders by Wells Fargo Private Bank’s Legal Specialty Group, report Bloomberg Law Big Law Business, the Wall Street Journal Law Blog and the Am Law Daily (sub. req.).

The survey found that revenues at America’s top 200 law firms rose an average of 3.5 percent in 2016. Revenue increases were the greatest for the nation’s top 50 law firms, with averages gains of about 5 percent. Revenue increases for firms ranked in the second hundred averaged only about 1 percent.

The optimism about a growth in lawyer hours represents a break from recent years, according to Jeff Grossman, a managing and senior director with the legal specialty group. “By and large, most law firms have kept their budget for hours flat until this year,” Grossman told Big Law Business. “Most firms thought the hours would be up over 2 percent. That’s the first year I’ve seen that since the financial crisis.”

Part of the optimism about demand in 2017, Grossman said, stems from a belief that that law firms will be more likely to flourish in a Trump administration. Law firm leaders also believe there will be more transactional activity that will drive demand for legal services.