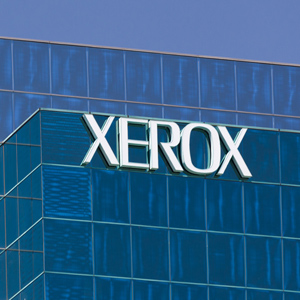 Xerox has officially spun off its legal and business services arm.

The copying and printing giant announced Tuesday the establishment of Conduent Inc. The new company will debut with approximately $6.7 billion in annual revenue and will be publicly traded on the New York Stock Exchange. According to a press release, Conduent’s legal services will focus heavily on developing and creating technology—especially in the areas of automation and analytics.

“We have already begun laying the groundwork to drive profitable growth through sharpened go-to-market capabilities and greater consistency in applying our automation, analytics, innovation and expertise,” said Ashok Vemuri, CEO of Conduent, in a press release. “Our significant transformation program will position our new company for long-term success.”

According to Fortune, the spin-off of Conduent has its roots in Xerox’s 2010 acquisition of Affiliated Computing Services for $6.4 billion. The deal, which occurred at the height of the Great Recession, was designed to diversify Xerox’s services and to produce another revenue stream. Over the last few years, Xerox’s legal and business services arm has handled numerous matters for government entities, as well as Fortune 500 companies, including human resources, mobile parking apps and toll collections. Executives at Xerox, whose annual sales have dropped every year since 2011, told Fortune that they believe it will be easier to adapt to the changing world of technology by splitting into two smaller companies. 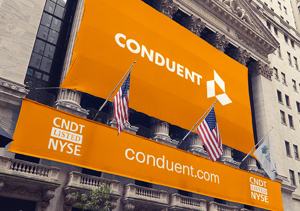 In an interview with Legaltech News, Conduent Legal and Compliance Solutions president Beth Fritts said that the company will be looking at ways to utilize technology and data to prevent litigation and promote certainty. “We’re looking at compliance and analytics and all of these different areas we’ve been focusing on for the last six months to the year as a value component of our overall offer,” Fritts told Legaltech News. “We’re saying, ‘You’ve got huge amounts of storable data. Have you thought about what you could use to head off future litigation? Or from the compliance side, how you could reuse a lot of those decisions you’ve made or work product you’ve made to reduce your cost or improve your predictability and efficiency going forward?”